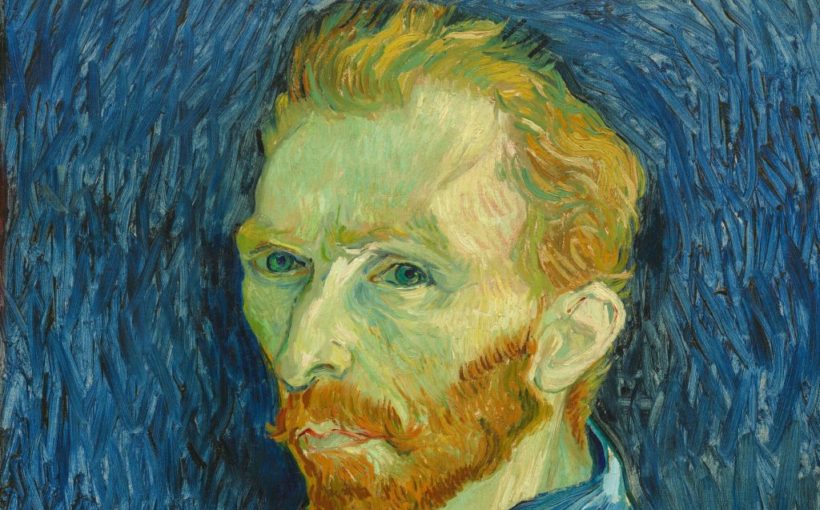 VAN GOGH: UNIQUE PHOTO FOUND OF THE ARTIST AS AN ADULT

Vincent van Gogh was a Dutch post-impressionist painter whose work has far-reaching influence on 20th-century art. Our image from the artist comes from the self-portraits he produced. There is the Vincent wearing a straw hat, ready to paint the sunflowers of Arles. And the Vincent staring at a mirror, his ear bandaged, consumed by madness. It had been assumed, the Dutch master was too poor or too consumed by his work to have much interest in being photographed.

Now, however, a leading authority on Van Gogh claims to have identified the first adult photograph of the notoriously camera-shy artist. 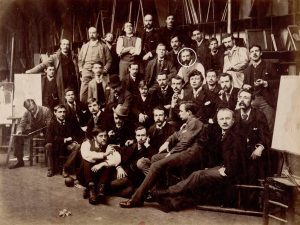 Italian art historian Antonio De Robertis says that, among a group of 34 men – including French artists Gauguin and Vuillard – posing for the photo in Paris’s Académie Julian close to the end of the 19th century, “there is present one person who is, in all probability, Vincent Van Gogh”.

The image, which is currently in the possession of the National Institute of Art History in Paris, appears to show the bearded artist, standing near another Dutchman, his friend Andries Bonger, the brother-in-law of Van Gogh’s brother Theo.

On rare occasions, other photos have emerged that have been claimed as images of the Dutch genius. But Mr De Robertis, one of the leading experts on the artist, said this one appeared to be the most convincing. “We have found what is the only photo in existence of Van Gogh as an adult,” Mr De Robertis told an Italian art magazine. “Until now, we have only seen photos of him at 13-years-old and then one when he was 19.”

Van Gogh, a prolific painter of self-portraits who was too poor to pay models to pose for him, died penniless and destitute in 1890 after shooting himself. Mr De Robertis said his belief that the bearded man in the photograph was Van Gogh is based on the similarity between the figure situated slightly to the right and the back of the group, and his self-portraits.

Mr De Robertis told Adnkronos news agency the presence of Van Gogh’s friend Andries Bonger supported his thesis. “You notice the tendency of characters to be arranged by nationality… the Australians are all close to each other, as are the Dutch,” he said. Van Gogh’s contemporary Édouard Vuillard can be spotted at the back of the group, and the other leading French painter Pierre Bonnard is close by the  Dutchman.

Edmond Bénard, who took the picture, was known to be working in Paris between 1880 and 1890. But Mr De Robertis and his research associate Alan Zamboni have narrowed down the time frame to the first two weeks of February 1888. In this period, Vuillard and Bonnard would have just enrolled in the Académie Julian, and Gauguin and Van Gogh (who did not study there) were known to have been visiting Paris, where the latter, 35 at the time, was thought to have been inspired by the colour and light of Impressionist art.

The mystery remains why the group of 34 men, some unknown to each other and not all of them artists, were posing together in the photo.

Van Gogh’s life ended in July 1890 in Auvers-sur-Oise in northern France, where he had been painting wheat fields. He died in the arms of his brother, Theo, two days after shooting himself in the abdomen.

Although Van Gogh was largely unknown during his lifetime, his work, with its striking colour, vibrancy and emotiveness, is now considered a seminal influence on 20th-century art.