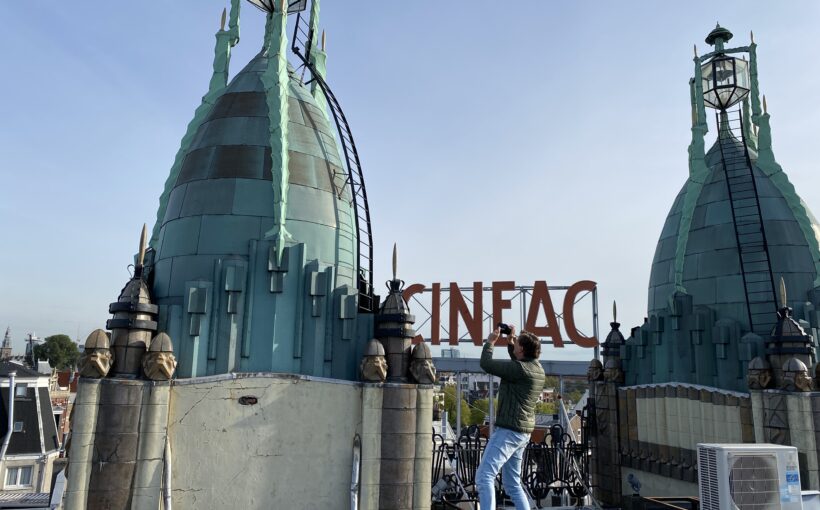 The Polish-Jewish immigrant Abraham Tuschinski wanted to excel in ‘something extraordinary’  when in 1917 he announced his plans to build a ‘world theater palace’ in Amsterdam for film and cabaret. Imagined as being ‘Great as a temple, beautiful as a palace. A theater that is unparalleled in Europe.’ Tuschinski already owned four cinemas in Rotterdam but this theater in Amsterdam was to crown his empire. For the innovative entrepreneur, who could hardly read and write, his actions were predominately his instincts, and only the sky was his limit.

In the year that the theater celebrates its centenary, the British Time Out Magazine ranked Pathé Tuschinski number one on its list of ‘Most beautiful cinemas in the world’. Very few would object with such an assessment of this architectural icon. The icing on the cake followed on October 28, 2021. Exactly 100 years after its opening, the iconic status was definitively confirmed with the title ‘Royal Theater Tuschinski’. Delft blue house #102 is KLM’s tribute to the exceptional vision of a legendary entrepreneur. The amazing story of Abraham Tuschinski and his landmark building in Amsterdam is part of our updated and richly illustrated ebook in Dutch or English (click the shopping bag icon in the menu bar). 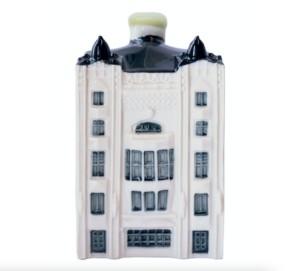 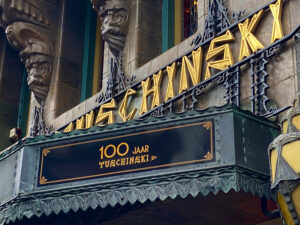 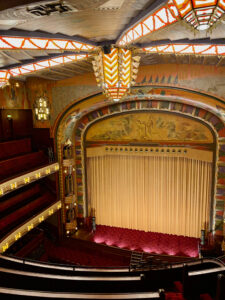 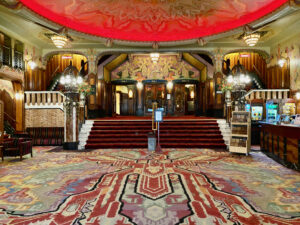 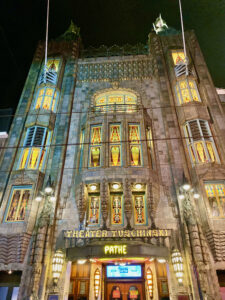 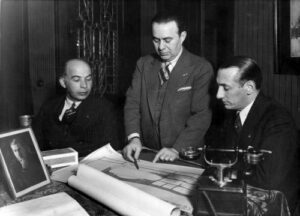 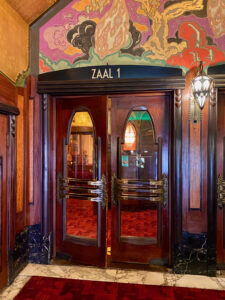