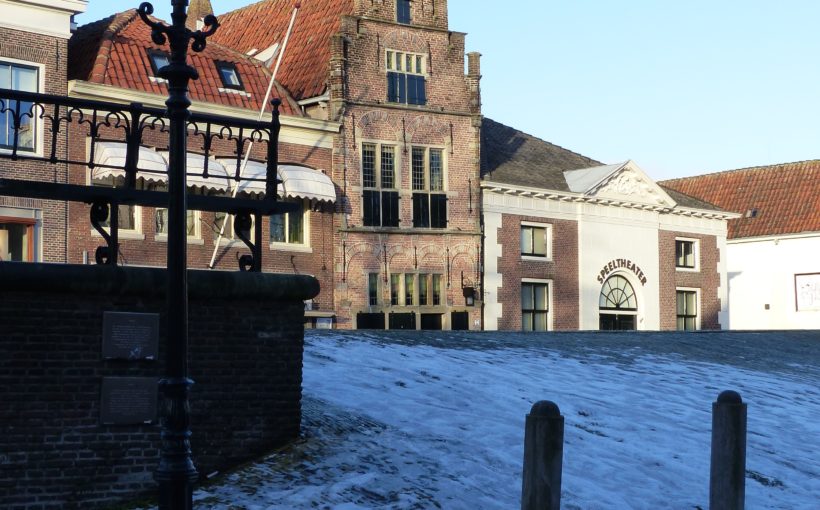 FLOOTING CELLAR OF A CAPTAIN HOMESICK FOR THE SEA 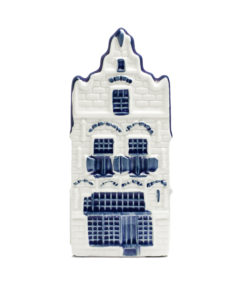 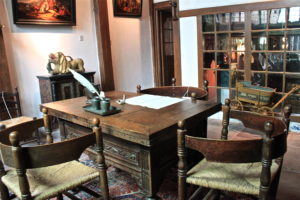 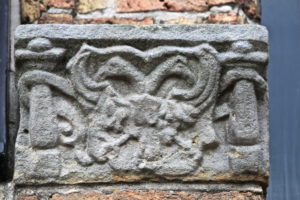 The city of Edam, only 18 kilometer from Amsterdam, has a rich history, which can be especially experienced in the Edam Museum, KLM House No. 20. In around 1540, a merchant had this stone house built in a late Gothic style on Damplein 8. The high, front part of the building served as a shop and workshop, while the rear had been divided into two floors. The kitchen was downstairs. The upper floor had six bed alcoves and was where the inhabitants lived. Next to the entrance, a sandstone corbel with the arms of Emperor’s Charles V (a double-headed eagle with the Order of the Golden Fleece) was set into the wall. It is quite possible that the first owner collected taxes on behalf of the emperor. 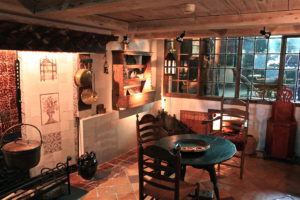 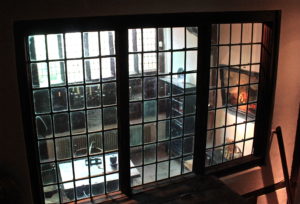 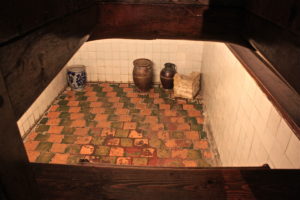 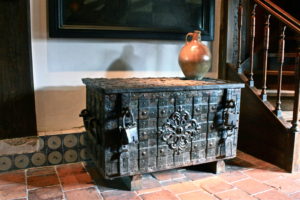 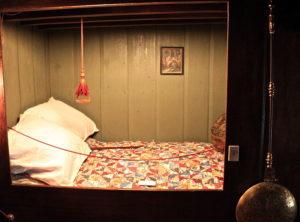 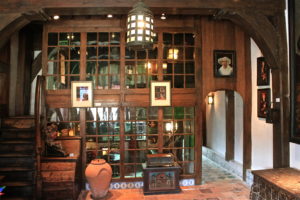 The cellar was used for storage. Regular flooding, however, made the cellar less than ideal. Years later, a subsequent owner provided the solution: a floating cellar. Measuring 3 x 3 x 2 meters, the watertight chamber rose and fell as the groundwater level changed with the seasons. Local tales suggest that the floating cellar of Damplein 8 was built for a ship’s captain. When he longed for the sea, he would stand on the cellar floor to feel the gentle rolling of the waves underfoot.