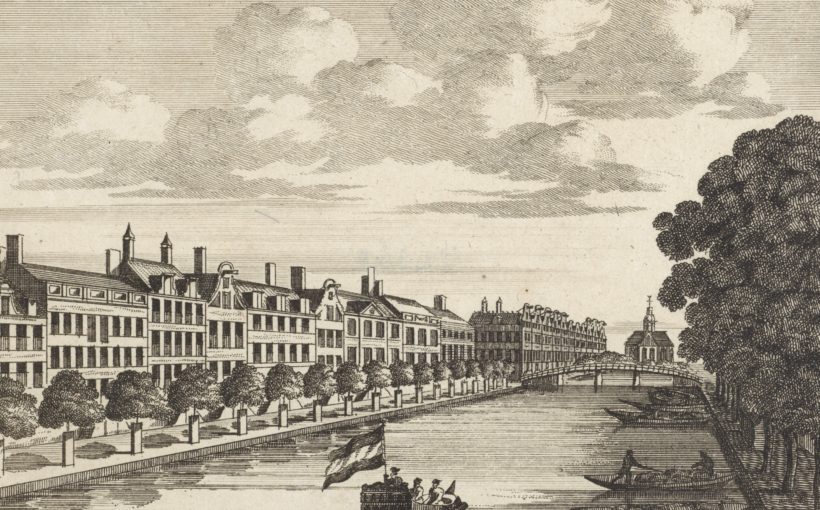 Amsterdam is known for a variety of things — but few people will think of its trees first, if at all. Did you know that the city was the first in Europe that planted trees systematically along the newly dug canals? In the early 1600s, the use of green like Linden (and later Elm trees) was a unique and modern feature for a European city. Trees were not only planted for aesthetic reasons but also to reinforce the quaysides and to purify the air. In the Dutch Golden Age, the authorities also cared for a greener city. Damaging trees has always been considered a crime. There’s even a law book dating from 1454 which shows that doing so would cost you your right hand. 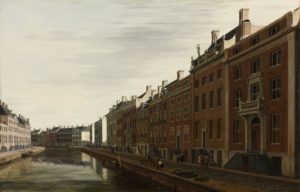 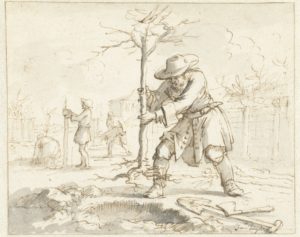 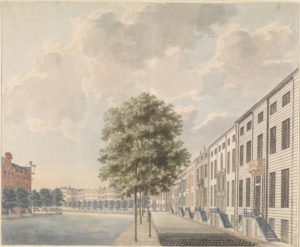 The oldest tree in town

Today, there are no trees in Amsterdam as old as the Canal District. The oldest known tree in the city is an enormous Turkish hazelnut tree, the Corylus colurna. It’s was planted more than 200 years ago (around 1795) and is hidden in a corner of the Hortus Botanicus. Another old tree dating from that period stands in a private garden at Prins Hendrikkade. The oldest Elms, each around 100 years old, can be found at Oude Schans, across from house numbers 72, 58 en 29. The highest tree is an Elm tree too, it stand near the Oudemanhuispoort and measures 35 meters.

The best kept green secret of Amsterdam is the backyard of the buildings on the canals: it’s an oasis of tranquility that makes you forget you’re in a metropolis. When designing the Canal District in 1613, the city council decided that only half of every plot could be used for building a house. This means that long gardens can be found behind the canal houses, which also was a rarity for a city in those days. In the 17th century the gardens of affluent Amsterdammers thrived with brightly colored flowers and plants. However, in later years, it became more fashionable to have landscape gardens with flora in softer colors.

Each June, Open Garden Days are organized in Amsterdam, when quite a number of decorative and landscaped gardens otherwise hidden behind the canal houses can be admired by the general public. 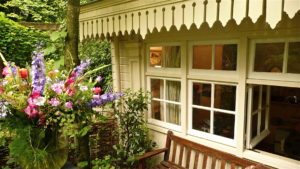 The Elm city of Europe

Due to the construction of these beautiful gardens and the planting of trees along the canals, Amsterdam became one of the first green cities centuries ago. Yet with 400.000 trees Amsterdam is one of the most tree-rich cities in Europe. By way of comparison, Paris has only 95.000 trees.

In the year 2005, Amsterdam was declared the Elm city of Europe, owing to the fact that the city’s streets and canals are lined with at least 75.000 Elms – many of them are between 80 and 100 years old.

The ‘London Plane’ is the fattest tree of Amsterdam, with a circumference of 6.93 m meters, and stands at Leidse Bosje. It is valued at €80.000. With over 10 million visitors each year, the Vondelpark is the most famous park in the Netherlands. The park was named after Dutch poet Joost van den Vondel, and was initiated by a group of Amsterdam noble men and business men in 1864. 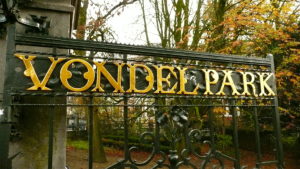 Just 25.000 trees survived the Second World War, and many loss of those lost branches when they were used for fuel by Amsterdam citizens during the last year of the war when the German Nazis had cut off Amsterdam from food and other supplies.

A tribute to Anne Frank’s tree

Amsterdam has many monumental trees — including some that have become famous. One of them is the 150-year-old chestnut tree described by Anne Frank in her diary. In the two years Anne spent hiding during World War II, the white horse chestnut outside her window became a focus of her longing for freedom. Over the years the tree developed health problems, it had succumbed to a fungus as well as damage done by moths.

The Anne Frank tree was scheduled to be cut down in 2007, but neighbors and supporters rallied around it and created a foundation to provide for its care (including the creation of iron support structures meant to keep it from falling down). However, in 2012, the famous Anne Frank tree was blown down by high winds during a storm, breaking off and knocking over its iron supports. For now, only a broken stump remains on the site, although saplings germinated from the tree’s chestnuts have been planted at sites around the world.

The City of Amsterdam has started to maintain a map that shows its monumental trees and other ‘green monuments’. The oldest tree in Amsterdam is over 200 years old (it is an oak tree in Artis Zoo, next to the chimpansees). The map also includes officially listed state monuments and city monuments. Examples are the garden layout of the Vondelpark, the design of the Oosterbegraafplaats cemetery, a lane in Artis Zoo, the garden of Amstelrust (an 18th century manor along the Amstel river), the abandoned cemetery Huis Te Vraag. Also listed are trees with a cultural value, such as the ‘Tree that saw everything’. On October 4, 1992, an Israeli freight plane crashed into a highrise building in Amsterdam’s Bijlmermeer. 43 people died and many were wounded. Each year a remembrance service is held at the tree that survived the crash and subsequent fire.